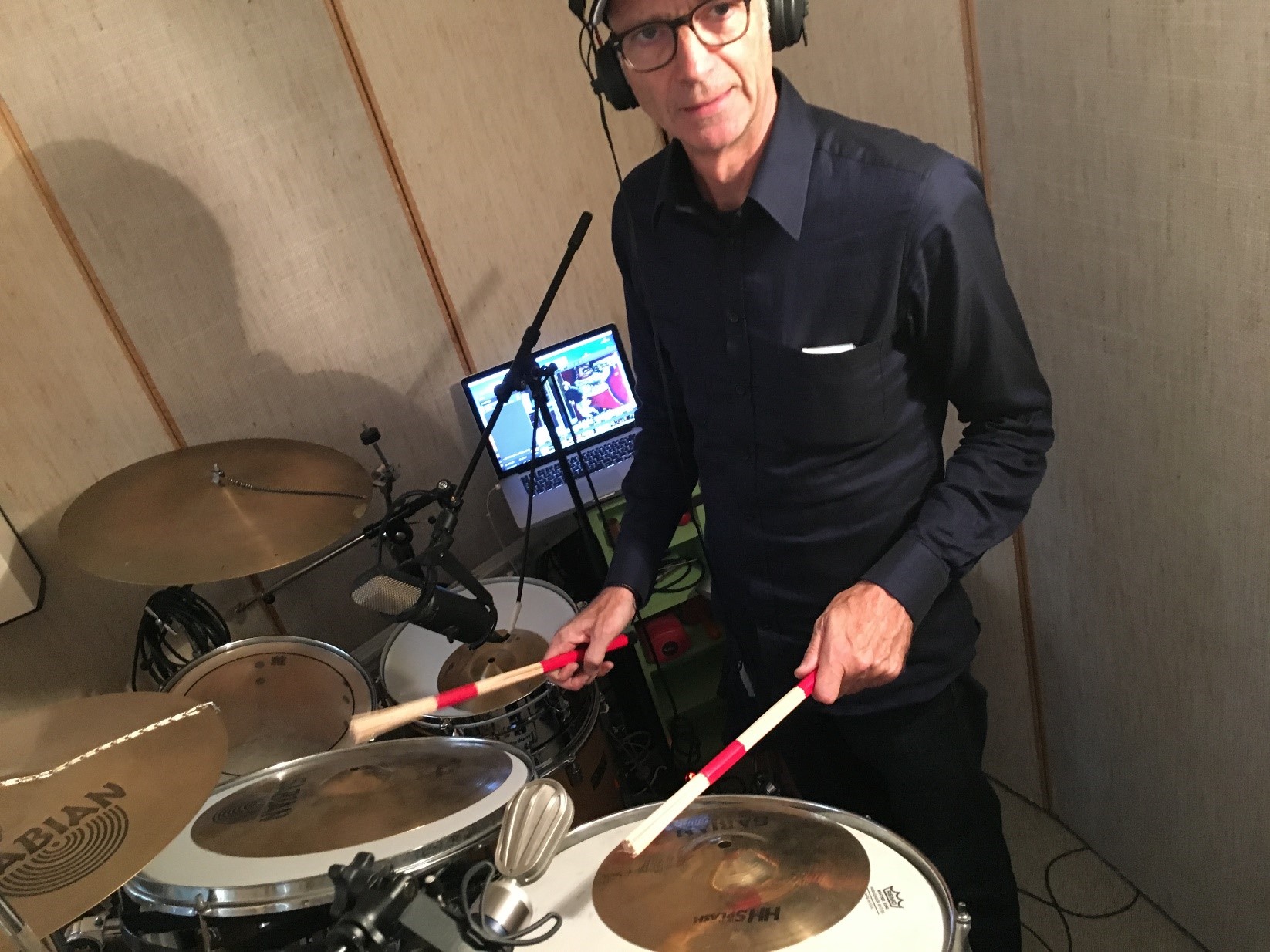 The V4U is soothing, powerful, has low noise and is literally non-distortable!

The first reaction of the customer after only a few production days was: 'Runs super, we are really excited!' The V4U combines the advantages of large and small diaphragm microphones with its unique capsule architecture. 'This week, in addition to voice, we have recorded a lot of different percussion and a prepared piano. The V4U is soothing, powerful, low noise and literally non-distorting! The first three points are of course a requirement but the last feature makes your daily work much easier. A great suspension is also included in the package.'

The V4 U is the studio vocal microphone by SCHOEPS. It unites the outstanding technical characteristics typical of SCHOEPS with a timeless, classic design.

The “look” of the V4 U is based on the SCHOEPS CM 51/3 from 1951. But the V4 U is a thoroughly modern studio microphone. Its capsule, circuitry and mechanical construction are the result of extensive new development.

The V4 U is the studio vocal microphone by SCHOEPS. It unites the outstanding technical characteristics typical of SCHOEPS with a timeless, classic design.

The “look” of the V4 U is based on the SCHOEPS CM 51/3 from 1951. But the V4 U is a thoroughly modern studio microphone. Its capsule, circuitry and mechanical construction are the result of extensive new development.

Developing the new capsule for the V4 U Studio Vocal Microphone

How do we at Schoeps imagine the ideal studio vocal microphone? In developing the cardioid capsule of the V4 U, we have paid special attention to two things: excellent technical performance and a very particular sonic ideal.

Developing the new capsule for the V4 U Studio Vocal Microphone

How do we at Schoeps imagine the ideal studio vocal microphone? In developing the cardioid capsule of the V4 U, we have paid special attention to two things: excellent technical performance and a very particular sonic ideal.

First it was necessary to define the sonic character that we sought. The sonic character of a studio vocal microphone can, after all, very well differ from that of a typical small-diaphragm microphone.
After many listening tests with a variety of microphones and sound sources, a picture emerged of a sonic ideal that seems to be particularly suitable to studio recording. Among other types of recording, we investigated close-miked rock vocals, various acoustic instruments such as guitar and viola, and speech recording. Schoeps’ Polarflex technology was an important tool in the search for the ideal directivity characteristic, since it allows virtual microphones to be created with nearly any imaginable polar diagram in any range of frequencies. Quite clearly, one of the most desired perceptual characteristics for a microphone is transparency. With very few exceptions, anything that sounds artificial or false will always be evaluated negatively. Another essential point is that in a studio recording, the engineer can handle the sonic representation of the space in a variety of ways. With a classical ensemble, the performance itself depends upon the acoustics of the concert hall; any recording of such an ensemble, to make sense to the listener, must also reproduce the important aspects of that space. But in a studio recording the acoustic space of the studio doesn’t generally form as large a part of the artistic result. The pickup of that space must sound pleasant, but the original doesn’t have to be reproduced in exact detail. Usually an entirely different sonic “space” will be superimposed onto the result.

Translating the sonic ideal into technical parameters
between 50 Hz and 20 kHz, although a moderate high-frequency lift can compensate for a roll-off in the diffuse-field response. The pickup of room sound—represented in the technical specifications of a microphone by the diffuse field response curve— can and should be pleasing. In general this means that it must not draw attention to itself, and that the high frequency portion of this curve should roll off somewhat. The diffuse-field frequency response should be as smooth as possible, never overemphasizing any particular frequency region, and it should slope gently downward at high frequencies.
Beyond the 0° response curve and diffuse-field characteristics, the handling of off-axis sound is decisive for a microphone’s sonic character. If the off-axis response is irregular, this implies that the polar diagrams for the various frequency bands are inconsistent with one another. This is far from ideal. It can cause instruments positioned off to the side, and/or room reflections, to sound unnatural or even ugly. Thus when developing a capsule, a leading requirement is that the off-axis response curves not be irregular for any angle of sound incidence; the polar diagrams for all frequencies must match one another.

Meeting the technical requirements
The technical goals were set high, while in practice, compromises must often be accepted. But with the V4 U, a new capsule concept has succeeded in meeting these demands. The fundamental idea was clear that only a small diaphragm capsule could meet the requirements for homogeneity of response curves and transparency of sound. But the special diffuse-field characteristics seemed to call for a large-diaphragm capsule, in which the pressure build-up due to the large membrane surface would cause the inevitable narrowing of the pickup pattern at high frequencies to begin sooner.
In the end, both of these conflicting requirements were able to be achieved, through the use of a bevelled ring around the membrane, thus increasing its effective diameter (as far as certain acoustic phenomena are concerned) to about 33 mm. The use of a similar acoustic element with a pressure transducer (i.e. embedding the membrane in the surface of a sphere) is a familiar technique that causes the normal narrowing of the pattern at high frequencies to occur at midrange frequencies instead.

Characteristics of the V4 U
The diagrams below illustrate the properties of the V4 U’s capsule, which completely fulfils the requirements mentioned above.

The 0° frequency response is linear to 20 kHz, allowing for a moderate, 2 dB high-frequency elevation between 4 and 15 kHz. The diffuse-field frequency response runs parallel to the 0° curve in an ideal fashion. The directivity index (the ratio between on-axis and diffuse-field response) is never less than ca. 5 dB at any frequency; thus at no point does the microphone have a directional pattern broader than cardioid.

The controlled narrowing of the high frequency polar pattern begins at 7 kHz. The polar diagrams reveal the following characteristics: Below 6 kHz all polar diagrams have practically the same shape. Then the pattern begins to narrow in a desirable fashion toward a super-cardioid characteristic, with a rear lobe whose sensitivity is no greater than -14 dB relative to the 0 ° response. No irregularities in polar response occur at any frequency.