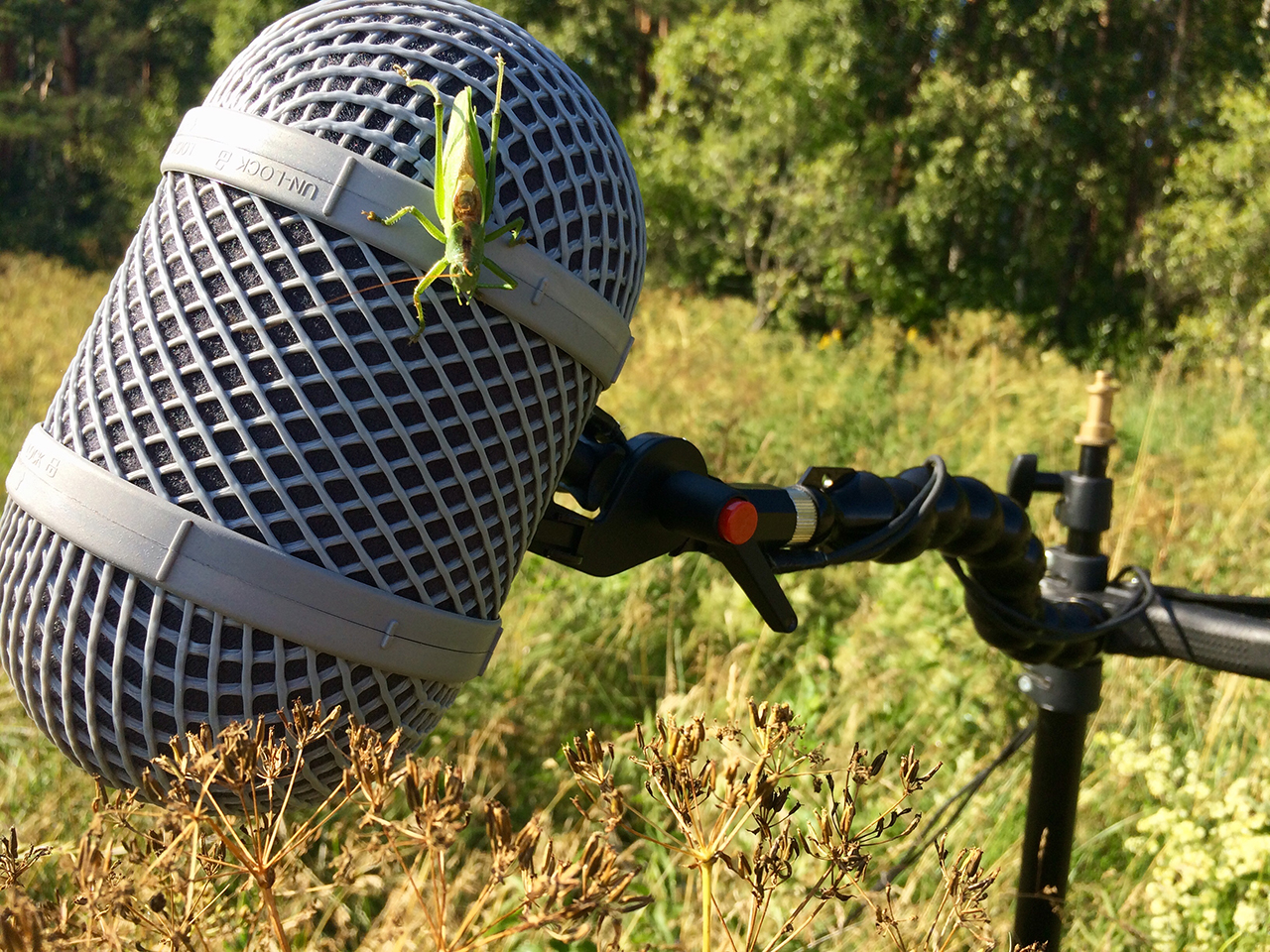 Dmitry recorded a grasshopper with a Schoeps M/S setup consisting of CCM41/CCM8 microphones. He recorded at 192 kHz and slowed down the recording.

In spring I started to work as a sound designer on a short film „Virago“ (director Kerli Kirch). The film is about Estonian village and there are many nature scenes in it. Fortunately, the story happens in summer which is rich in soundscape. For this project, I wanted to collect a variety of insects sounds recorded from different perspective, so that later I can play with foreground and background plans.

A grasshopper, a typical element of summer field soundscape, became one of the characters. Besides recording ambiences my task was to get as close as possible to the insect. Although it took some time to find a green insect in green grass I managed to get close to a couple and set up my microphones just above them. After a while a dialog between two Tettigonia Cantans has started and I successfully captured it.

For this recording, I used a Schoeps CCM41/CCM8 pair of microphones. Along with a pair of CCM5 this is my main kit for a field recording and documentary/fiction production sound recording. Due to their compact size it is easy to take them to any trip and arrange in various stereo and surround setups.

For the grasshopper I used a supercardioid CCM41 because I wanted to isolate the main sound from the background. If pointed correctly, this tiny microphone does a great job. I used MS setup because it gives some flexibility in post if I want to add some spatiality to sound with stereo. I like using MS for such sounds, because if the mid microphone is pointed directly to the source it centers quite strongly in the stereo image.

I made the recording with 192kHz sample rate to be able to slow it down to get some interesting effects and was quite surprised how much information this microphone has captured in high frequencies over 20kHz, and how rich it sounded when has been slowed down. My next goal now is to safely record some bees.